Lesson 3 - Computers and Applications in Music 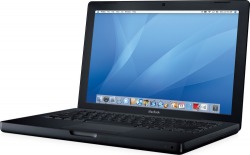 OBJECTIVE: This lesson looks at  the basic concepts and terminology of computers and their relationship to various musical applications.  Terminology and concepts learned will be enhanced through a unit activity. 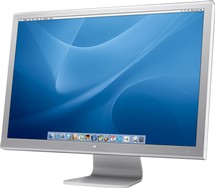 Computers and technology continue to advance at a dizzying rate.

Using computers to generate music dates back to the 1950s (Musique Concrete).

The first personal computers were introduced in the mid-1970s.

Apple Macintosh is quite popular with musicians.

The PC platform running Windows dominates most of the personal computer market.

Components of a Computer System-Input Devices

Joystick-A device with a movable stick that can be moved in any one of four directions on a X,Y axis.  Most popular with computer games.

Modem-A device which allows computers to send information to one another over phone lines. Modems may be either external or built-in the computer which is now the most popular.

Scanner-A device that works like a photo copier except that rather than printing a copy it transfers the image into the computer.

MIDI-A means for a computer to communicate with other MIDI devices such as a synthesizer/keyboard. MIDI will be discussed in detail later.

Microphone - Connects to the computer via a USB cable or MIDI interface for recording audio. 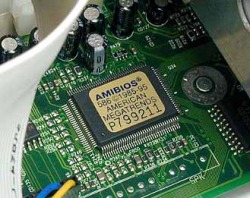 The speed of a computer system depends on several factors, including chip design, clock speed and the number of bits processed at a time.


A bit is information in the form of binary numbers that the computer can only deal with. In a binary system, there are only two digits, 0 and 1.


Each of these 0s or 1s is called a binary digit or bit.


Bits are strung together in a group to form bytes.

The clock speed is the rate at which the computer makes decisions and is now measured in gigahertz. -Formerly megahertz. (GHz). Current processor clock speeds range from about 1.6 to 2.6 GHz or more (1.6 to 2.6 billion cycles per second).


Other factors such as back-side cache and the internal bus speed also affect the overall performance of the computer.

Bus speedis how fast the system sends information to and from the processor.